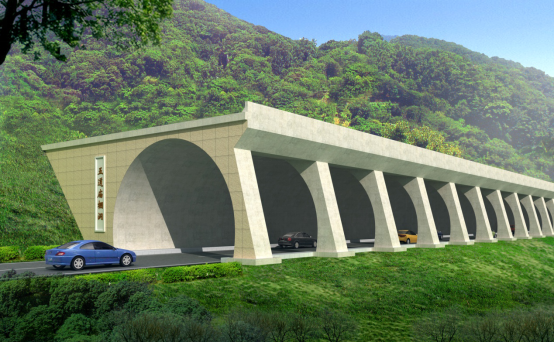 The separated tunnels, large-span special-shaped sheds, and “zero excavation” semi-open tunnels in compressed terrain, shortened the length of the route and reduced the filling and excavation, protected the environment, reduced engineering costs, improved the driving safety and comfort, achieved the concept of harmony and unity with the natural environment with the combination of structures.

The successful implementation of the project has provided a new example for the construction of mountain highways.