Fourth Ring Road and Dahe Road Rapid Engineering Project in Zhengzhou was officially started on the morning of December.30th, 2017, in which our company is involved in the design work and serve as a consortium member.

This project is a large loop line formed by West Fourth Ring, South Fourth Ring, East Fourth Ring(originally called Four Port Linkage Avenue), and Dahe Road.The total length is 93km, and the whole line planning control width is 180m. West Fourth Ring, South Fourth Ring, and Dahe Road are planned as "Elevated + Ground" rapid road, while East Fourth Ring is planned as ground rapid road. Overpass bridges will be set up in main road intersections, and there will be no traffic lights along the whole road after construction. The total investment of this project is nearly 40 billion Yuan, which is the largest municipal infrastructure project since the establishment of the city of Zhengzhou as well as the largest municipal project our company has ever won.

At the beginning of the project, with the strong support of the company leaders and the help of the Marketing Department, the Highway & Municipal Planning Design Division overcame short time, heavy task, staff shortage and many other difficulties, selected competent staff to form the project team and won the bidding as a consortium number from the fierce market competition with the fighting spirit of “the whole week” and “day and night”.The success in winning the bidding of this project marks the very important step of our company in the municipal industry, which is of great significance to the future development of the municipal market of our company. 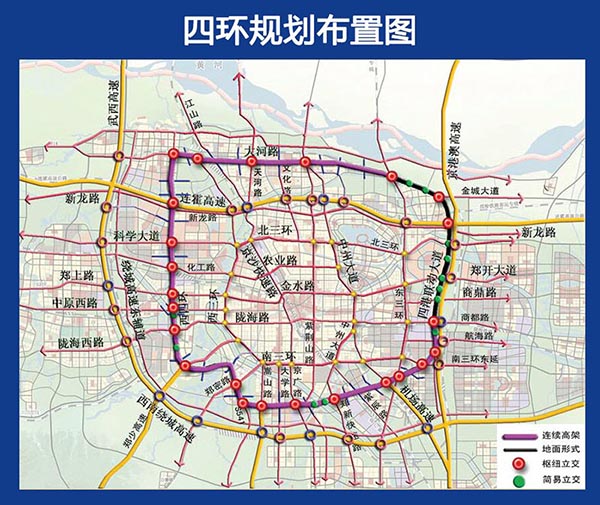