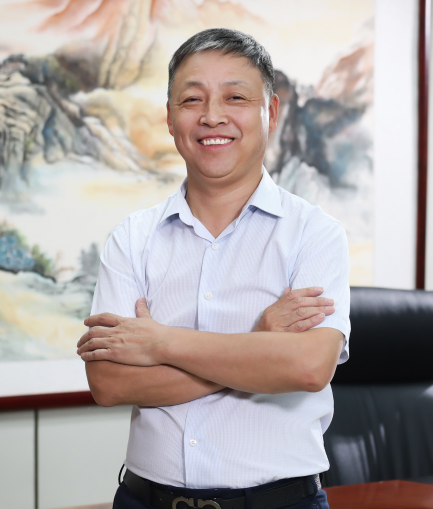 There is such a group of people...

Exhausted but excited, adventurers climb up the mountain only to be disappointed by a deep stream that blocks their path. Hurried but eager, traveler rushes home in the starry night yet to be despaired by a raging river that separates him from the distant home lights. It’s at these very moments, a figure arises from the bottom of his heart, and it is not a boat,

but road and bridge.

Since ancient times, building roads and bridges have been regarded as a good deed that benefits future generations. No matter it’s a winding path in the field, or a narrow and small bridge over a stream. The deeds of the road and bridge builders are often engraved in history, integrated into ballads, and sung melodiously from generation to generation.

As the trains of the times rumbles from the ancient to the contemporary times, it’s the roads and bridges that the rapidly developing society relies on. Therefore, such a group of people has emerged conforming to the trend of the times. They are real warriors of courage who dare to paint their passion and carve their dreams among mountains and valleys. They are true craftsmen of miracles who can build rainbow bridges across the Milky Way. They are genuine poets of history who write prosperity in the development of transportation and glory in the pages of their lives.

Yes, they are the designers of the transportation blueprint. They are the members of our HNRBI family. These people have never believed in the "truth" that "the road is what people have walked out", because they know that the road to modernization and prosperity cannot be “walked out” even in 10,000 years. It’s the spirit, wisdom, and sweat that they put faith in.

They go to places off the beaten track, drilling, surveying, tramping the mountains and ridges and adventuring the wild along with beasts. After they leave, it will not take long before the road across the mountains and valleys. They work in the field all year round in poor conditions, it is an extravagant wish to "go home often", but to "walk around" is normal. They suffer hardships that others can endure not, and they bear burdens that others can tolerate not, so that even the stonemason who carved the mountain dare not speak up when they see them. They overcome difficulties that others can settle not, and they stand the loneliness that others can stand not, so that they are infused with sage-like spirits. During the day, they carry heavy loads, trek through mountains and rivers, and set up camps in desolate places. In the night, they are also obsessed with work, and depict brilliants road and bridges even in their dreams.

They are tough men with rough skin, dark faces and dusty appears, so that they look no different from farmers working with the loess. They are also clever girls of meticulousness, carefulness, and ingeniousness, so that they do their work like the purse embroidered by a bride waiting to be married.

They are born to walk on the rugged path that no one has ever walked on.

They are born to seek convenience and connection for all.

When roads and the bridges are built and people are enjoying the convenient modern civilization, few people can still remember the hardships and difficulties they once dedicated.

In the sunny spring, they step on the vibrant mountains and rivers to measure the pulse of the earth, faces wrinkled by the wind. In the hot summer, they endure the heat to measure the distance of happiness, dust washed off by rains. In the golden autumn, they gaze at the fragrant land, hearts filled with the joy of harvest and hair dyed by the autumn frost. In the severe winter, they stand in the biting wind to think and wander in the sea of knowledge, because they have a locator in their hearts with which they will never lose their way in the snow land.

Through the four seasons, it is often the most difficult to walk through ourselves;

Through the four seasons, it is often the first to surpass ourselves;

Through the four seasons, through the hardship and glory of the year;

Greeting spring, greeting another year of pressure and hope.