The purpose of this project is to scientifically analyze the current situation of transit heavy vehicles (approved load of more than 10 tons) in the light of the actual situation of the traffic network in Henan Province, optimize the design of driving routes, and guide the rapid passage of heavy vehicles in transit.

Combined with the existing transportation network structure and heavy vehicle flow in Henan Province, the project optimizes the design to one or more highways, supplemented forming a road transportation system by the national and provincial highways, to determine the 12 heavy vehicles transport channels --"Four verticals, four horizontals and four radiations". Non-transit heavy vehicles should be conducted into the main channel in accordance with the optimized routes. 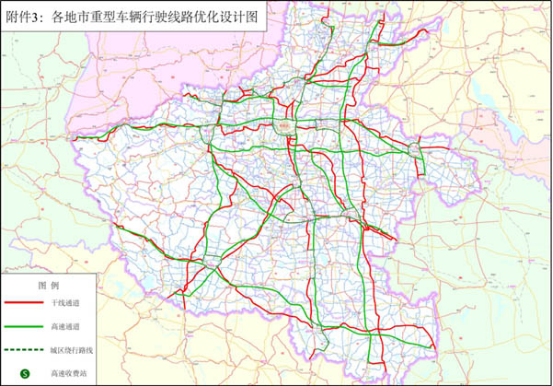