After the completion of the project, it will be connected with the phase-I of Jining-Qimen expressway, linking several national and provincial trunk lines and railway for passenger and freight lines in the region. It will make the highway network structure in the region more reasonable and the transportation structure perfect, drive the economic development of Yongcheng City and the surrounding counties and cities. It also can consolidate the important position of Eastern Henan in the Central Plains Economic Zone, and accelerate the development of the Central Plains Economic Zone. It will be of far-reaching significance to build an important economic growth zone in Eastern Henan. 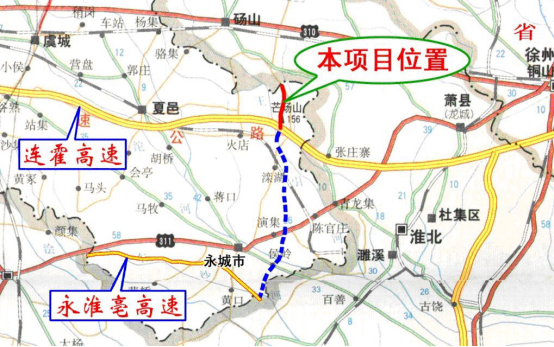